What to Watch: Art movies and shows streaming right now

With more time at home these days, you have a chance to dig deep into your streaming channels for cool and interesting things to watch. We’ve put together a list of documentaries, feature films, and TV series we discovered that focus on fascinating stories about artists and the art world. 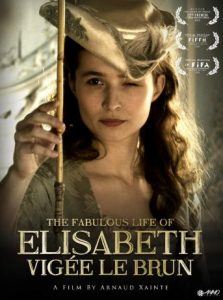 The Fabulous Life of Élisabeth Vigée Le Brun (Amazon Prime)
A renowned French painter, Élisabeth Vigée Le Brun was Queen Marie Antoinette’s official portraitist and created more than 600 portraits in her career. Told through the words of her memoir, this docudrama chronicles the artist’s adventures over the course of her nearly 90-year life. Le Brun’s stunning portrait, Julie as Flora, Roman Goddess of Flowers, is a much-loved painting in the MFA Collection. 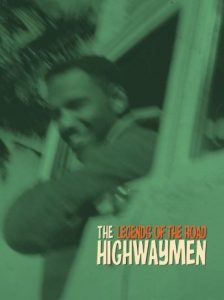 The Highwaymen, Legends of the Road (Amazon Prime-$1.99 rental)
During the eras of segregation and the Civil Rights Movement, a group of Florida black artists painted vibrant landscapes of the Sunshine State and sold them door to door for $20 and $30. This documentary reveals the artists’ inspiring journey from obscurity to artworld fame when their paintings — an estimated 200,000 in total — were rediscovered in the 1990s and an art movement was born. 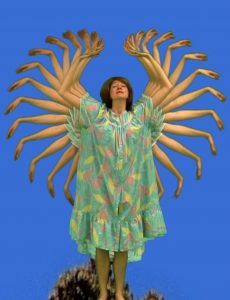 During these troubling times, it’s difficult not to relate to artist Shana Moulton’s alter ego Cynthia, the agoraphobic protagonist of the newly-released Internet soap opera Whispering Pines 10. The aesthetic is low-tech yet finely-honed, featuring masking and green screen techniques, pastel colors, and a cast of home décor objects. Moulton creates comical yet earnest explorations of self-improvement methods, and the anxieties of our times are crystallized in Cynthia and her humorous and heartbreaking journey in solitude.

Whispering Pines is the culmination of a multi-year collaboration between Moulton, composer Nick Hallett, and opera singer Daisy Press. It was presented at the MFA in 2017, with St. Petersburg-based opera singer Susan Hellman Spatafora. 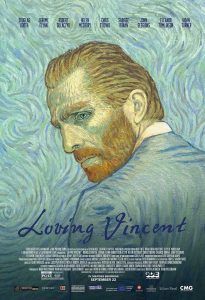 Loving Vincent (Hulu)
The biopic tells the story of Post-Impressionist painter Vincent van Gogh’s life and the last months before his death at age 37. The Oscar-nominated film is the world’s first fully painted animation feature. Each of the film’s 65,000 frames is an oil painting on canvas created by a team of more than 100 painters using the same technique as Van Gogh. 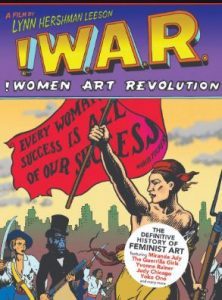 !Women Art Revolution (Amazon Prime, Tubi, Vudu)
The extraordinary history of the Feminist Art Movement is uncovered through archival footage and candid interviews with historians, curators, critics, and artists, such as Judy Chicago, Hannah Wilke and the Guerrilla Girls, whose activism artworks are a part of the MFA Collection. 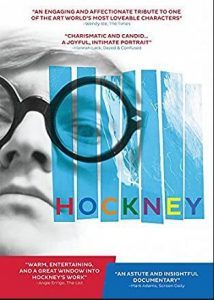 Hockney (Amazon Prime-$0.99 rental)
This 2014 documentary offers an in-depth profile of the charismatic British painter, from his early years in the British Pop Art scene to being in his 70s working daily in his studio. Hockney, considered one of the most significant artists of his generation, also created artwork for the theater. Several of his poster and costume designs for the Metropolitan Opera in New York are included in the MFA’s special exhibition, Art of the Stage: Picasso to Hockney. 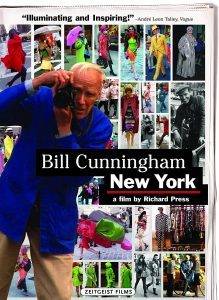 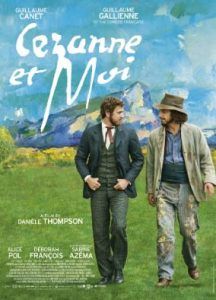 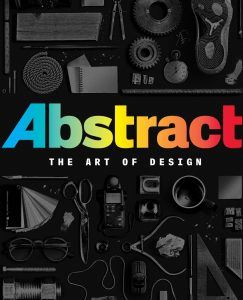 Abstract: The Art of Design (Netflix)
Now in its second season, the documentary series reveals the art and science behind a design by showcasing some of the greatest designers in graphic design, illustration, photography, sneaker design, car design, architecture, interior design, and stage design. 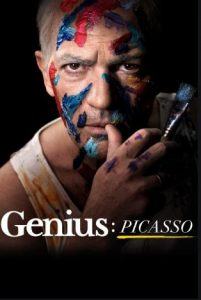 Genius: Picasso (Hulu)
The second season of National Geographic’s popular anthology series chronicles the complicated life of the Spanish painter by exploring his early years, celebrated artistry, and the muses who inspired his work. Antonio Banderas stars as Picasso. His designs for the theater are a part of the MFA’s special exhibition, Art of the Stage: Picasso to Hockney. 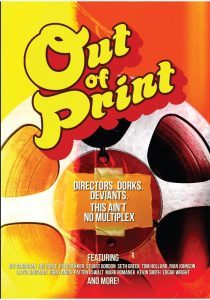 Out of Print (Tubi)
Through the history of the New Beverly Cinema, a famous independent revival cinema in Los Angeles, the existence and importance of keeping 35mm film alive in the age of digital is explored by interviews with filmmakers, writers, actors, and cinema patrons.