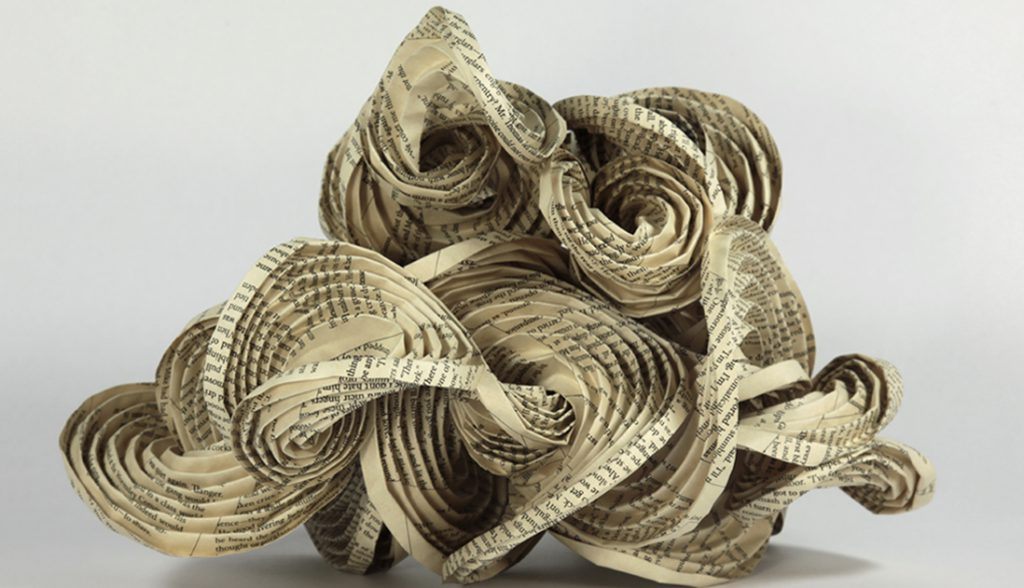 Above the FoldNew Expressions in Origami

Origami (“paper folding”), has evolved from a Japanese craft and ceremonial tradition into a highly expressive, global art form that even has scientific applications. Today, artists from all over the world are folding paper into increasingly elaborate and provocative sculptural works, while scientists and mathematicians are using origami to help unlock the mysteries of the universe.

Above the Fold is curated by Meher McArthur and tour organized by International Arts & Artists, Washington, DC.