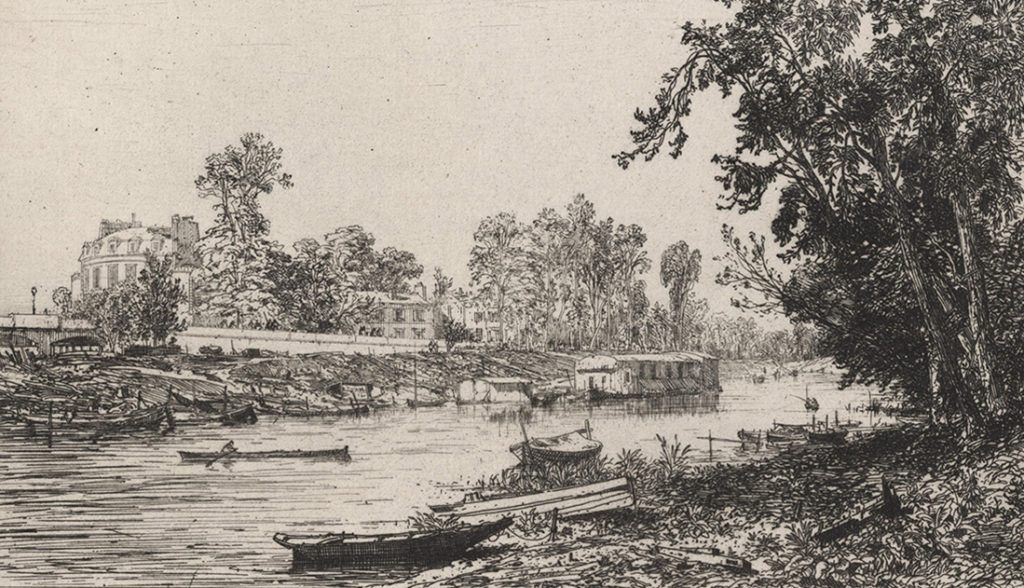 In this episode of MFA Minute, Erin Wilson, Assistant Curator at the Museum of Fine Arts, St. Petersburg, talks about the new MFA exhibition Defining Lines: The Prints and Drawings of Maxime Lalanne.

Maxime Lalanne’s (1827-1886) highly refined etchings, with their subtle use of line and delicate sense of shading, exemplify the scope and depth of a medium that underwent a significant revival in the mid-nineteenth century. Inspired by the highly detailed prints of earlier practitioners such as Rembrandt van Rijn (1606–1669), artists like Lalanne sought to reassert the medium’s dominance as a fine art over its more mundane uses as a method for reproduction. Working alongside the publisher Alfred Cadart, Lalanne diligently worked to raise the profile of printmaking. As a founding member of the Société des Aquafortistes, he was a central figure of the etching revival, serving simultaneously as a fine artist, an intrepid entrepreneur, and a teacher.

Defining Lines explores Lalanne’s legacy and considers the multifaceted roles that he played between his first salon appearance in 1852 and his death in 1886. The first section reflects on Lalanne as an artist. Included are compositions in charcoal and graphite executed throughout his lifetime, as well as early lithographs, and a selection of prints he exhibited to acclaim at the national salon. This includes Paris, vu prise du Pont de la Concorde, for which he won a gold medal in 1866. The second section examines work Lalanne produced with the printer and publisher Alfred Cadart, a key figure in the etching revival, as well images he supplied for outside publications such as the Gazette des beaux arts. The final section of the exhibition explores imagery from the artist’s published treatises and considers his working methods through graphite studies, unfinished etchings, and a comparison of multiple print states.

Throughout the course of his artistic career, Lalanne produced over 200 prints and innumerable drawings. His wide range of imagery fascinated publishers and collectors alike and his treatise on etching became one of the guiding texts on the subject. Thanks to a generous gift in 2018 from Jeffrey M. Villet, author of the catalogue raisonné The Complete Prints of Maxime Lalanne, the Museum of Fine Arts now holds one of the largest collections of Maxime Lalanne’s etchings in the world. This exhibition looks comprehensively at the work of this important artist and contemplates his unique position within the nineteenth-century artistic landscape.

Made possible by The Margaret Acheson Stuart Society and the State of Florida, Department of State, Division of Arts and Culture, the Florida Council on Arts and Culture, and the National Endowment for the Arts.