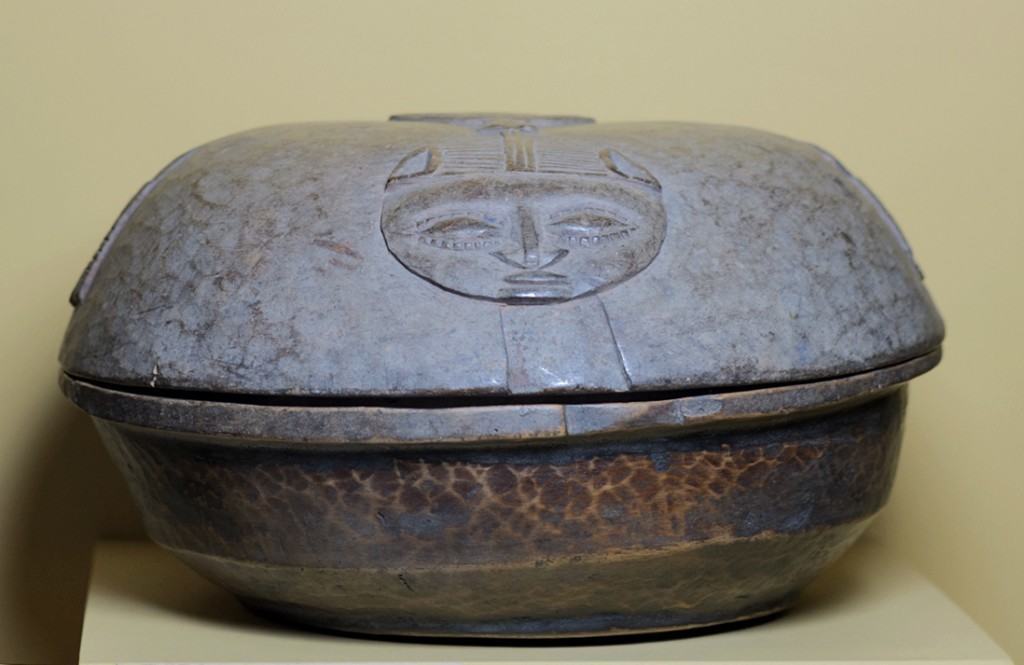 Divination plays a crucial role in the belief system for the Yoruba people. The Yoruba have the most artistically elaborate system of divination in Africa, encompassing not only the objects manipulated by the practitioner, but also special ornaments, clothing, and containers for storing ritual objects. This bowl is decorated with the face and symbols of Eshu, the Yoruba trickster god who is also the messenger between the heavenly and earthly worlds.