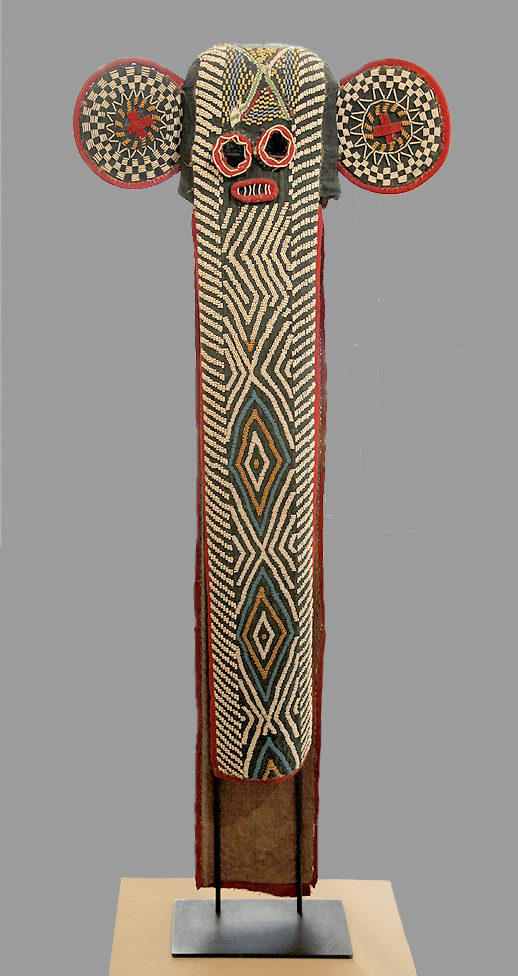 Political and religious leaders throughout Africa have used animal imagery to symbolize their powers. Associated with strength and cleverness, the elephant parallels the chief’s position. Here, the face is anthropomorphized (given human traits). The long rectangular panel represents the trunk and the large circular discs the ears.

Originally comprised of warrior classes, Elephant societies throughout the Bamileke chiefdoms began to attract wealthy noblemen who would pay for the privilege of being inducted. Combined with rich costume and other accessories, the mask and dance reflect the chief’s status and authority.