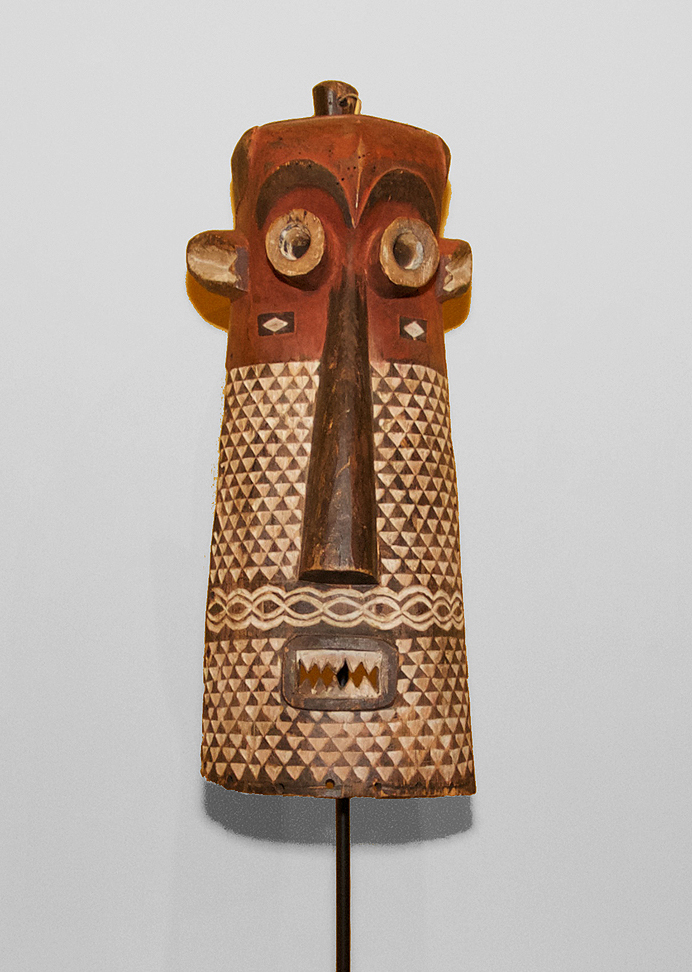 Unlike most masks, the phumbu was seldom used. It remained enshrined in the chief’s house until he needed to reassert his power during times of social crisis.

One of seven minganji, or masks of power among the Pende, the phumbu is a symbol for the power of the chief and is meant to inspire fear. It and the accompanying ritual dance reasserted his military authority, and power to execute transgressors.