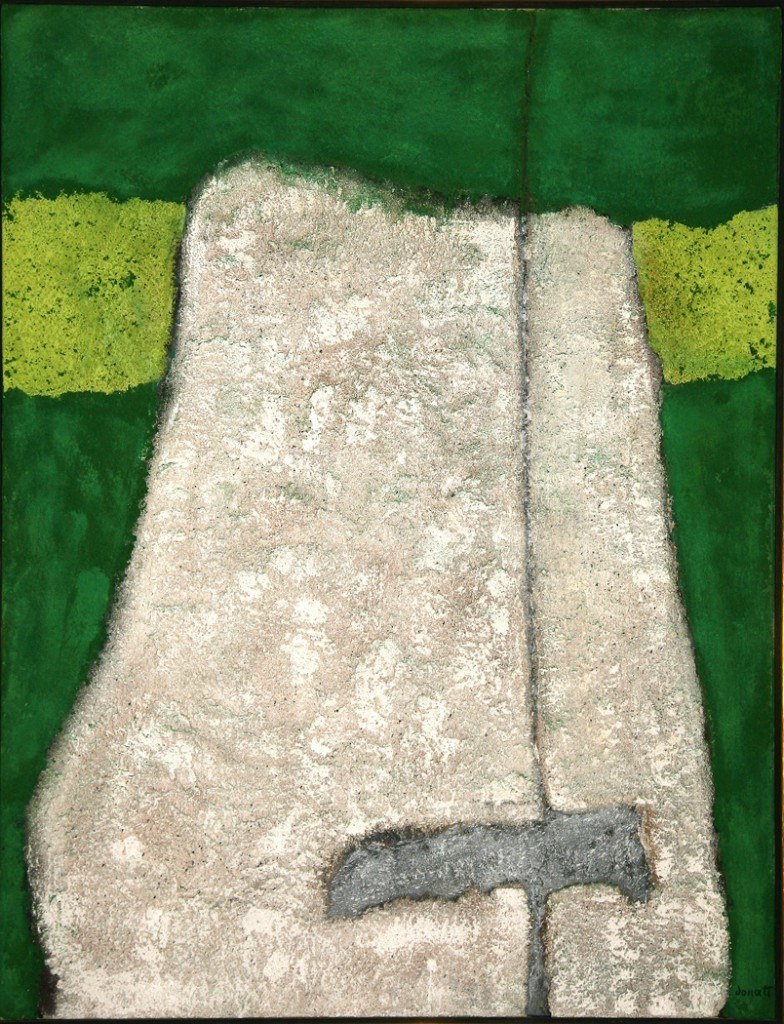 Gift of Morton D. May

Donati left his native Milan to study music in Paris in the early 1930s. After the outbreak of WWII, he moved to New York where he was embraced by Salvador Dali and the Surrealists. By the late 1940s Donati withdrew from Surrealism, and experimented with unconventional materials including coffee grounds, sand and even vacuum cleaner debris. By the late 1950s, he had perfected his technique for highly textured surfaces, as can be seen here.

Donati traveled to Cambodia with his gallerist George Staempfli in 1963. He had always wanted to see Angkor Wat, a temple from the Khmer Empire. Of Cambodia, he has said: “I remember a very particular green that came out in certain paintings after I went to Cambodia that was just sensational. I mean greens that I had never seen before in my life.” This painting serves as a reminder of the vivid hues that can be found throughout the natural world.