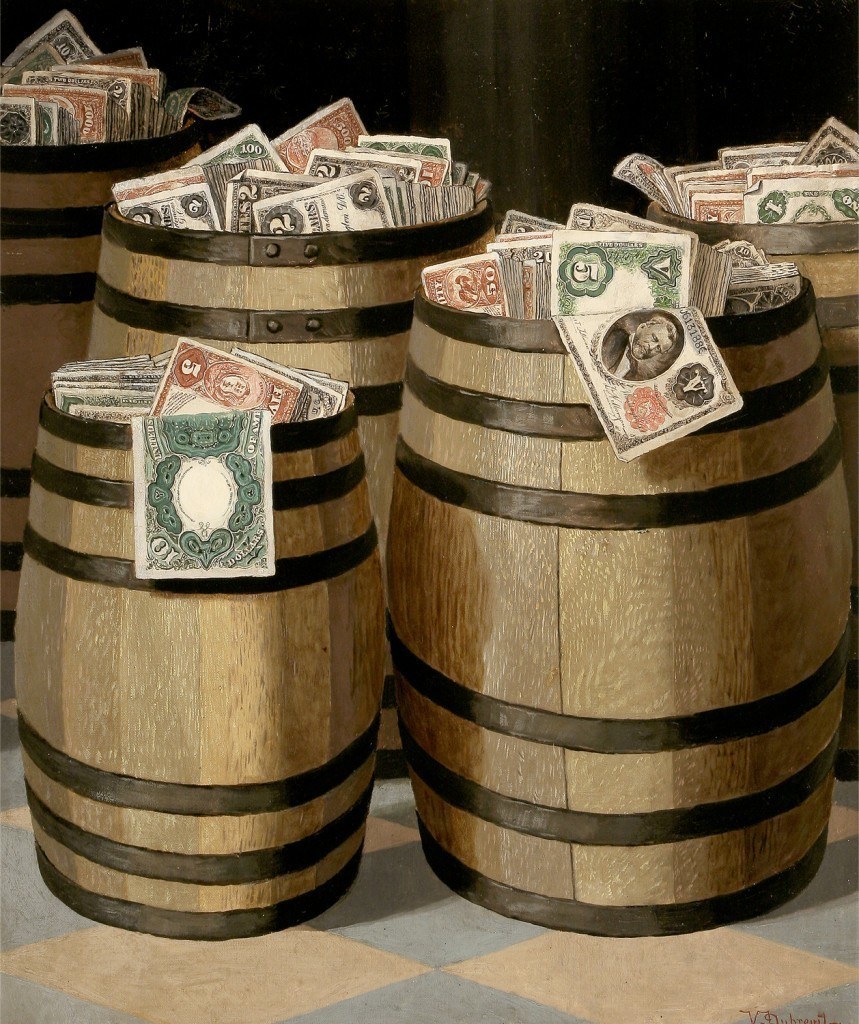 Money as a subject for paintings was never more prominent than in the late 19th century. Influenced by America’s Industrial Revolution, a group of artists, known today as the “money painters,” used legal tender as their subject. It was depicted in such realistic detail as to fool and astound the viewer.

Victor Dubreuil has been characterized as “a poor devil who drifted around the Times Square area of New York and specialized in painting pictures of money because he never had any.” His barrels and safes stuffed full of money illustrates America’s preoccupation with wealth in the age of the robber barons.