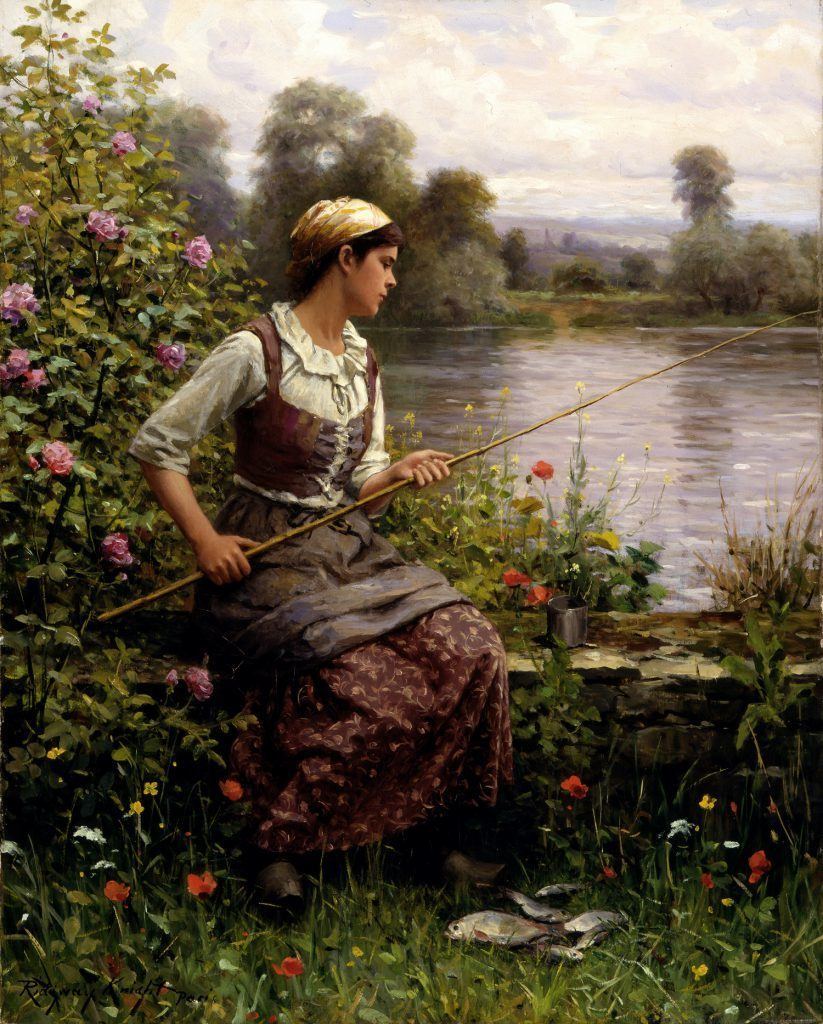 Museum purchase with funds from the Estate of Hester Walther in memory of Ralph B. Wood

Knight studied at the Pennsylvania Academy of Fine Arts in Philadelphia and then in Paris. By the mid-1870s, he was painting the rustic scenes idealizing country life that became his principal mode of artistic expression. His pastoral scenes of the French countryside, typified by Brittany Girl Fishing, are inhabited with pretty provincial girls engaged in activities such as tending their herds, fishing, carrying water and supplies, or working in the field. The models, dressed in peasant costumes, depict a picturesque and idealized view of rural life in late-19th-century France. Knight’s paintings are characterized by a pristine natural light that he worked to perfection by making studies from life outdoors, exhibiting a formal structure and detailed, nearly photographic realism.