DUE TO THE IMPACT OF HURRICANE IAN - THE MFA IS CURRENTLY CLOSED TO THE PUBLIC
Today:
Today @ the MFACalendar
The MFA is currently closed due to the potential impact of Hurricane Ian
Get Directions 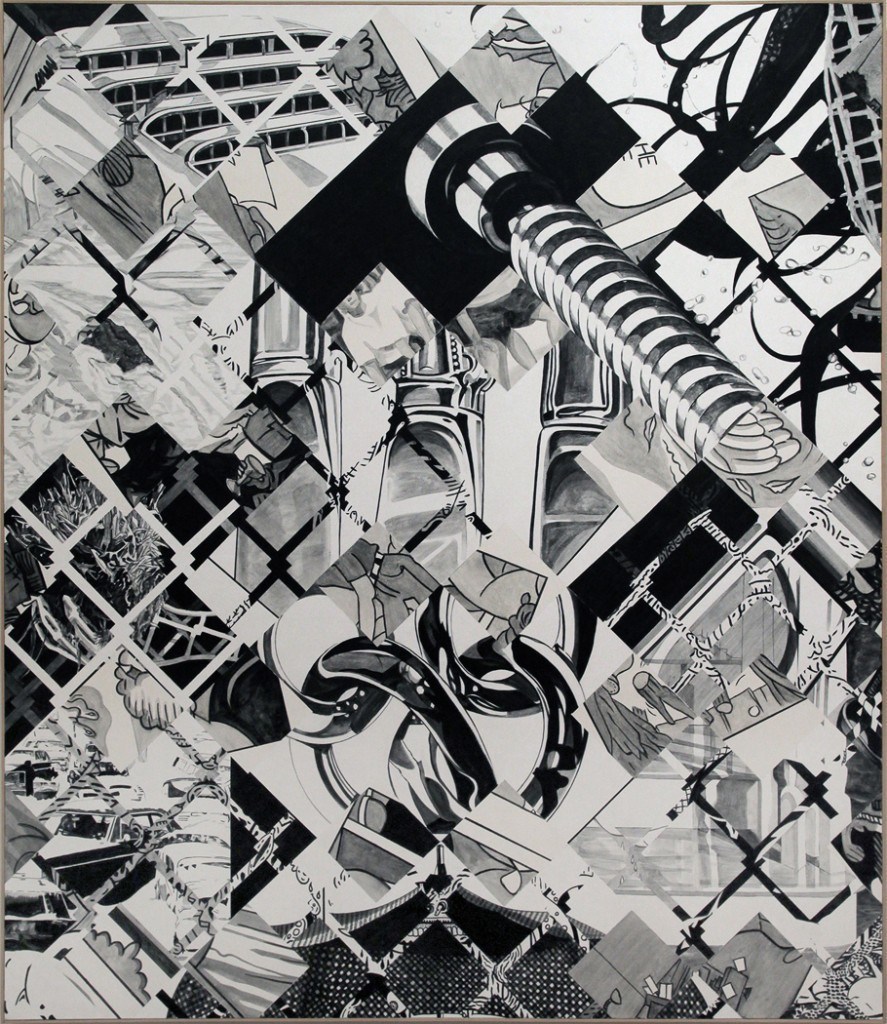 Polymer emulsion and charcoal on canvas

Born in Detroit, Wujcik came to Florida to work as a master printer at the Graphicstudio in Tampa. There he printed for artists including Ed Ruscha, James Rosenquist, and Richard Anuszkiewicz.  From 1970 to 2003 he was a beloved art professor at the University of South Florida.

Like Rosenquist and Rauschenberg, Wujcik uses familiar objects placed in unexpected combinations in his paintings. Here, he incorporates images of automobiles, cartoons, and butter knives to render a bold black-and-white environment. His use of an overall grid organizes the imagery of and recalls the chain link fence-like treatments of his paintings from the 1980s. The title refers to Dante’s Inferno, the Italian Renaissance poem consisting of thirty-three cantos.  Wujcik created about six paintings on this theme.