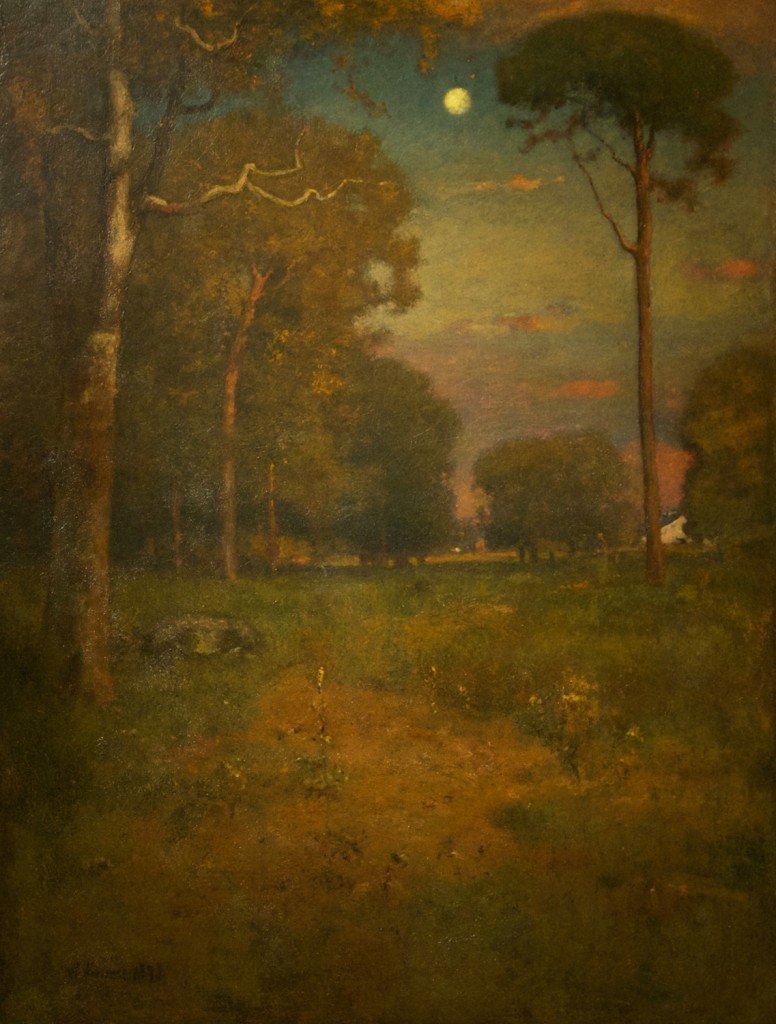 Inness began as a more conventional painter, and his work can be related to the Hudson River and the Barbizon Schools. He received instruction from the expatriate French painter Regis François Gignoux and made trips to Europe during the 1850s and 1870s. A deep spirituality shifted his approach by the mid 1880s. His mystical landscapes reveal the influence of the 18th-century philosopher Emanuel Swedenborg. The late works such are considered his most original.

Some associate Inness with the Impressionists, but he diverges in artistic philosophy. Their early works emphasized the depiction of objective reality. According to Inness “you can suggest reality…you cannot paint reality.” Inness gives us a more emotional response to the landscape. This misty scene illumined by the moon suggests Inness’ idea of an ability to see the spiritual world on earth.