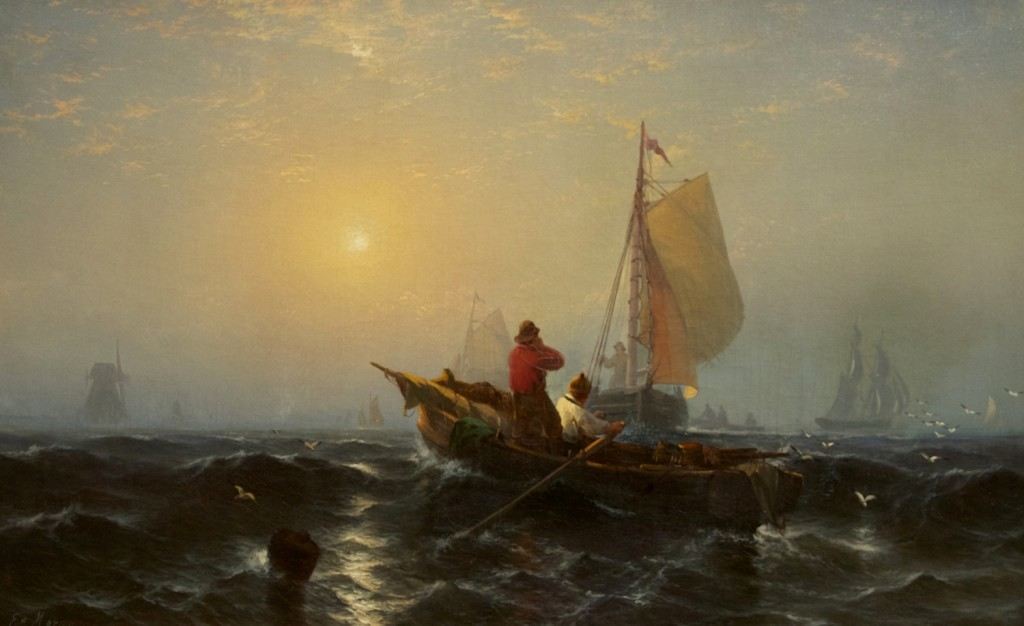 Renowned for his marine paintings, Moran was twelve when his family emigrated from Britain, the eldest of three brothers who were all artists. He studied with the Philadelphia marine painter James Hamilton and began exhibiting his works in the mid-1850s at the Pennsylvania Academy. A trip to London in 1861 with his younger brother Thomas allowed him to see much of J. M. W. Turner’s work first hand, which he admired greatly. This work probably dates to the late 1860s or the 1870s, a period in which he produced many seascapes. It has superb technical handling, a complex composition, and glorious treatment of light and atmosphere.