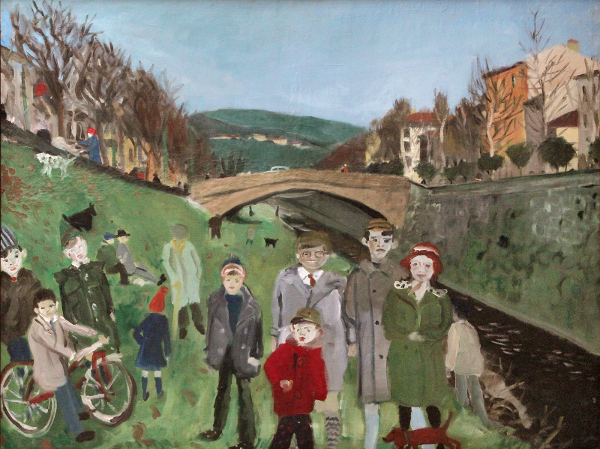 In the late 1950s, Grooms worked in an Expressionist manner, and used a dark palette consisting largely of blacks and greys. Kids Watching Me Paint was created while Grooms was in Italy, from 1960–61. Of this time, the artist states “When I got to Europe I got interested in ‘going European,’ that is, being more precise in my work…I’m always subdued in Europe.” Indeed, this is a rather tame palette compared to the brightness of later works, and the brush strokes exhibit an Impressionist influence.