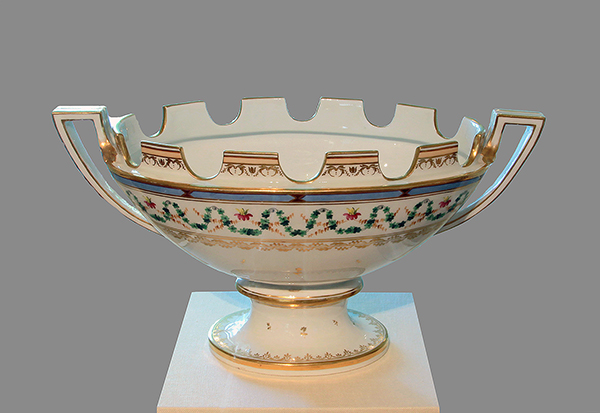 This decorated porcelain vessel functioned as a glass cooler: the foot of the glass would be placed in the notches and allowed to hang down into the basin, which would be filled with ice or chilled water. Its name dates from the late 17th century and derives from a Scottish gentleman called Monteigh, who wore a cloak notched at the edges.  After Meissen, Royal Vienna was Europe’s first manufacturer of hard-paste porcelain. Under the direction of Conrad Sögel von Sorgenthal (1784–1805), the firm reached its economic and artistic height, employing over 150 painters.