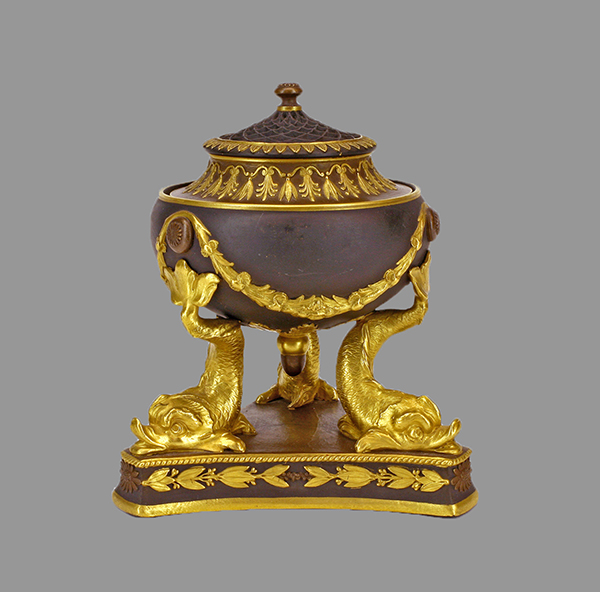 Burning pastilles in this vessel would perfume an interior, as scents escaped through its pierced lid. Such luxury items may have originated in France (called cassolettes). Also French is the neo-classical tripod form used by Wedgwood in this pastille burner, which references ancient Greek and Roman art.  Similarly designed objects appeared at Wedgwood as early as 1805.