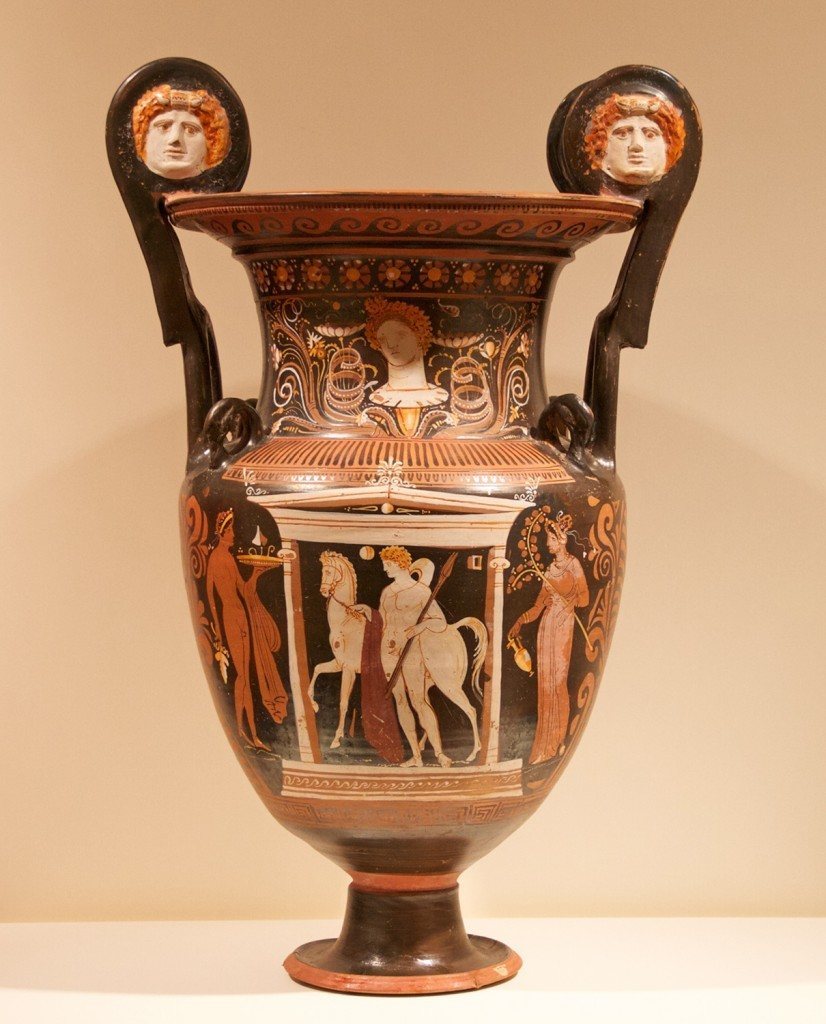 Gift of Costas Lemonopoulos in honor of Christine and Tom Grabenstein

The shape of this volute krater, a vessel used for mixing wine and water, is typical of those produced in Apulia in the third quarter of the fourth century B.C. The main scene shows a naiskos (or shrine) scene that recalls works by the Painter of Copenhagen 4223.  The scene has several close counterparts on other vases the same painter, who liked the subject of young horsemen. Yet, this composition is less elaborate, with only one figure (instead of two) on either side. Such ceramics are crucial to our understanding Greek painting, albeit on a smaller scale,