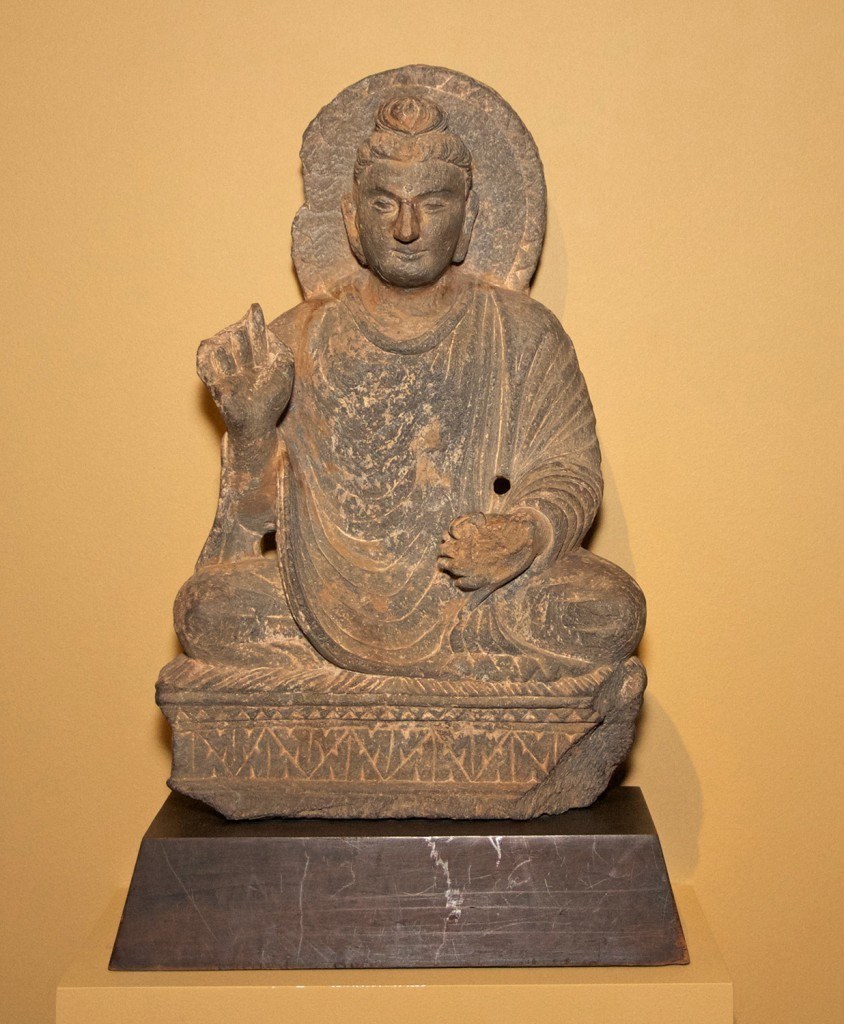 In Gandhara, early Buddhist devotion was offered to Sakyamuni as a miraculous mortal teacher, instead of a cosmic ruler. The head here is circled by a “halo,” probably borrowed from the ancient Iranian symbol of the sun disk to indicate the sanctity and magic radiance emanating from the “Enlightened One.” His right hand is raised in the abhaya mudra, the universal gesture of reassurance or blessing in Buddhist imagery. The urna, or tuft of white hair in the middle of his forehead, is another sign of a holy person.

This figure has western influences in his features and dress. The style of the hair and the classical features suggest the influence of idealized images of the Greek god Apollo, just as the finely pleated robe indicates a belated imitation of the drapery style of the Greco-Roman West. Located on the “Silk Route,” Gandhara was a fertile crossroads for the exchange of exotic goods and cultural ideas between East and West.