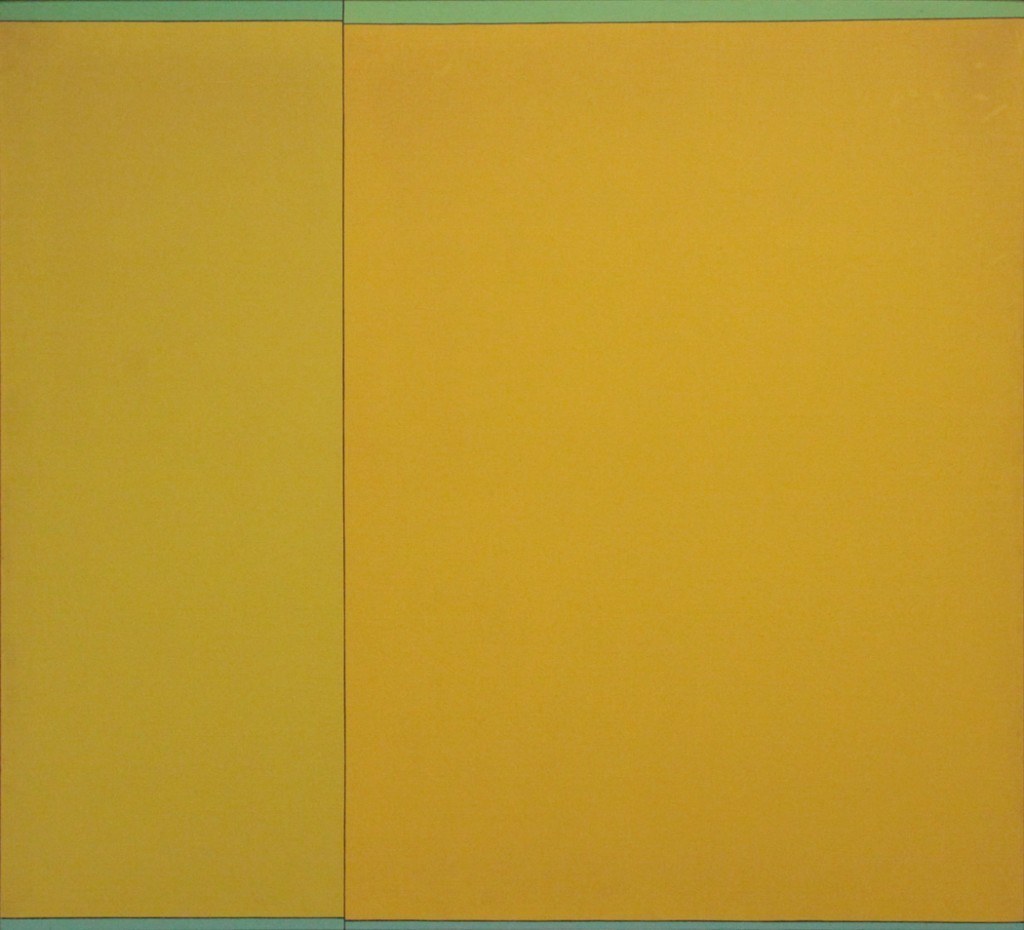 Sander studied with Alexander Archipenko at the Art Students League in New York and with Hans Hoffman in Munich. After serving in WWII, Sander returned to New York and was a founding member of the Eighth Street Club in New York, a discussion group that included Franz Kline, Willem de Kooning and Ad Reinhardt.

Sander experimented with abstraction, and by the late 1950s had refined his style, characterized by flat, expansive areas of color bisected by vertical and horizontal lines. Seneca VII exhibits subtle, but glowing, contrasts of yellowish greens. Sander embraces “ambiguity of color,” and although he studied some color theory, Sander states that overall it did not influence his practice, which is intuitive: “I know what I’m going to do and have an image somewhere in my mind of what I want that I cannot express in words.”