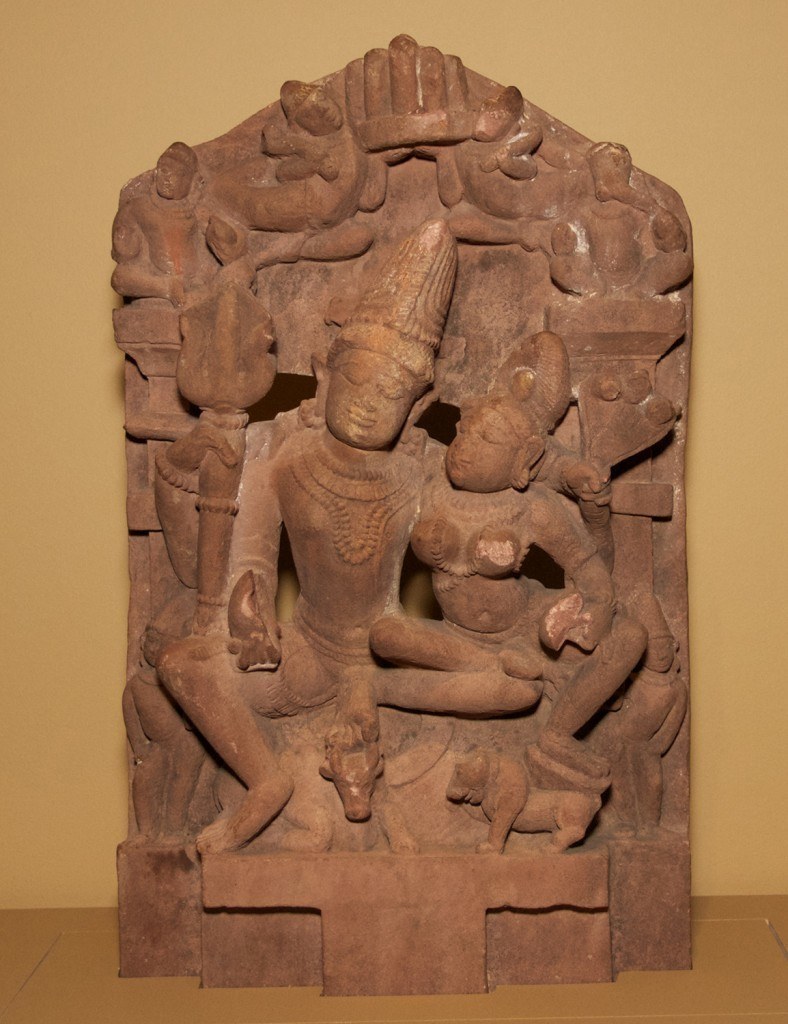 One of the most popular subjects in Hindu art is the Great Lord Shiva, Mahesvara, accompanied by his consort Uma, the Great Goddess Parvati.  (Shiva, Brahma, and Vishnu, compose the Hindu trinity.) The divine couple sits in the affectionate “royal ease” pose with their feet on two vehicles (vahanas), Shiva’s bull and Parvati’s lion.

Other identifying symbols of Shiva are: in his upper right hand, the trident, symbolizing the hero-warrior; and, in his upper left hand, the triple-headed cobra, representing death. At the top right and left are the “mind-born” children of the couple, the elephant-headed Ganesha, lord of wisdom, and Karttikeya, the god of war. The depiction of Shiva and Parvati together represents both cosmic duality and unity.