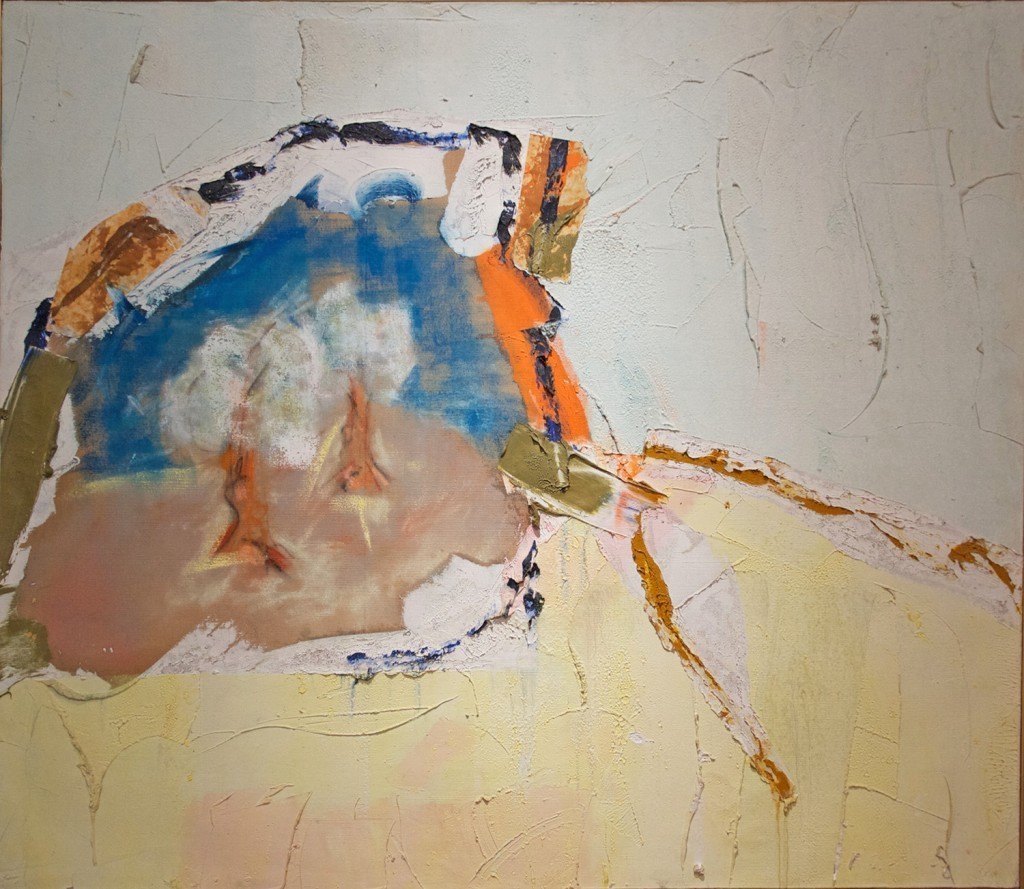 Gift of Elinor Gollay from The Benjamin Gollay Collection

Goldberg has stated that abstract painting is “still the primary visual challenge of our time.” He grappled with abstraction throughout his long career, which began with studies at the Art Students League when he was fourteen. He later took classes with Hans Hofmann until he served in World War II. When he returned to New York, Goldberg frequented the Cedar Tavern and the Eighth Street Club, and became influenced by Abstract Expressionism. His paintings were first shown publicly as part of the groundbreaking Ninth Street Show, organized by the Club and gallerist Leo Castelli.

There is a hint of a horizon line in this painting, and the landscape suggestion is furthered by the paint’s rough texture and the collage elements.