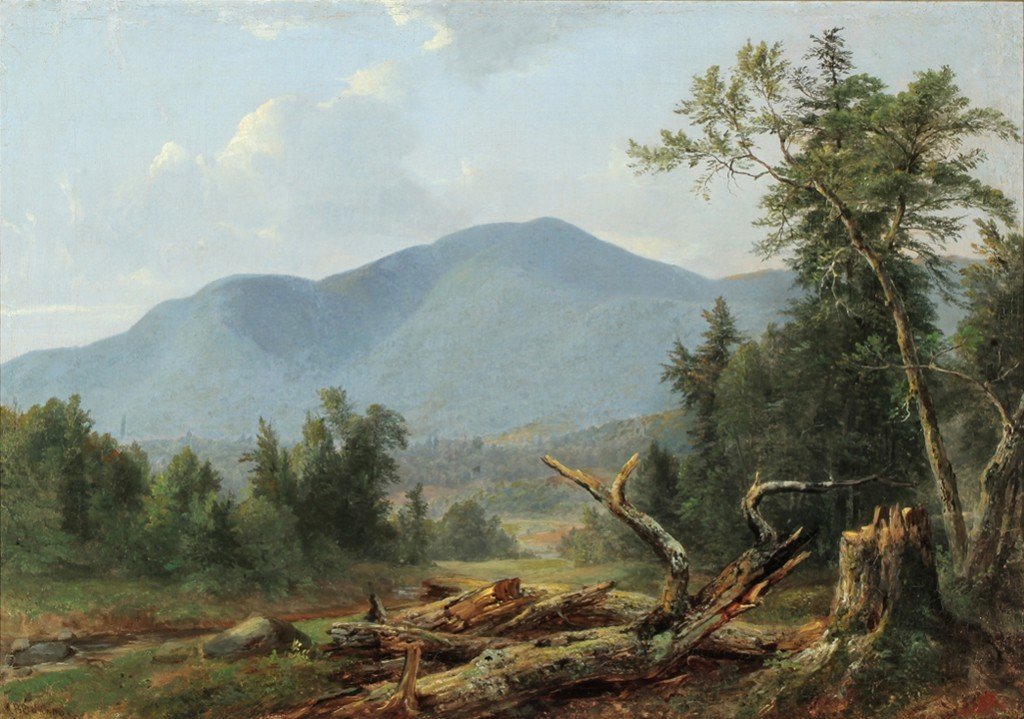 View Of The Catskills Near Shandaken

Gift of Charles and Ann Sahlman

Durand had a prestigious career as an engraver before he turned to landscape painting in the 1830’s. Along with Thomas Cole, he was one of the most important painters of the Hudson River School. Like Cole, he wrote extensively, publishing and making notes and artistic advice, especially his “Letters on Landscape Painting” of 1855. He had a lengthy tenure as president of the National Academy of Design in New York. This scene of the Catskills, a region made legendary by the works of Cole and Durand, is a quintessential Hudson River subject with the blasted tree in the foreground and the rousing hills beyond. This group of artists found proof of God’s existence in nature.