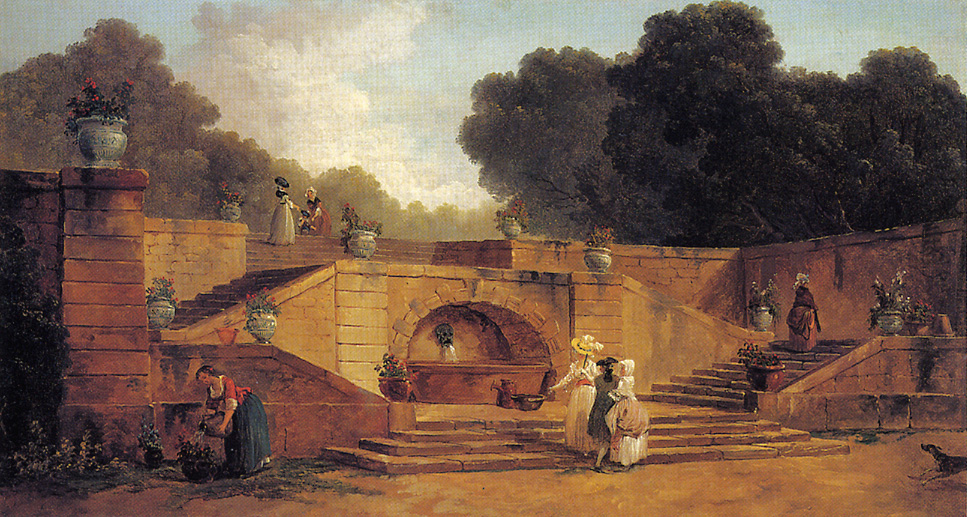 A Fountain in the Park

Robert studied in Italy. During his eleven-year stay there he was strongly influenced by Italian vedute artists (painters of views and Romantic scenes) and introduced this type into French art. This painting belongs to Robert’s most accomplished period. It may have been inspired by the gardens of the Tuileries, or could be an imaginary arrangement without topographical accuracy. The artist’s strong interest in landscape planning won him an appointment by King Louis XVI as “designer of gardens.” Although sympathetic to the French Revolution, Robert was accused of loyalty to the Court and was imprisoned for nearly a year. Upon his release, he became one of the first directors of the Louvre.