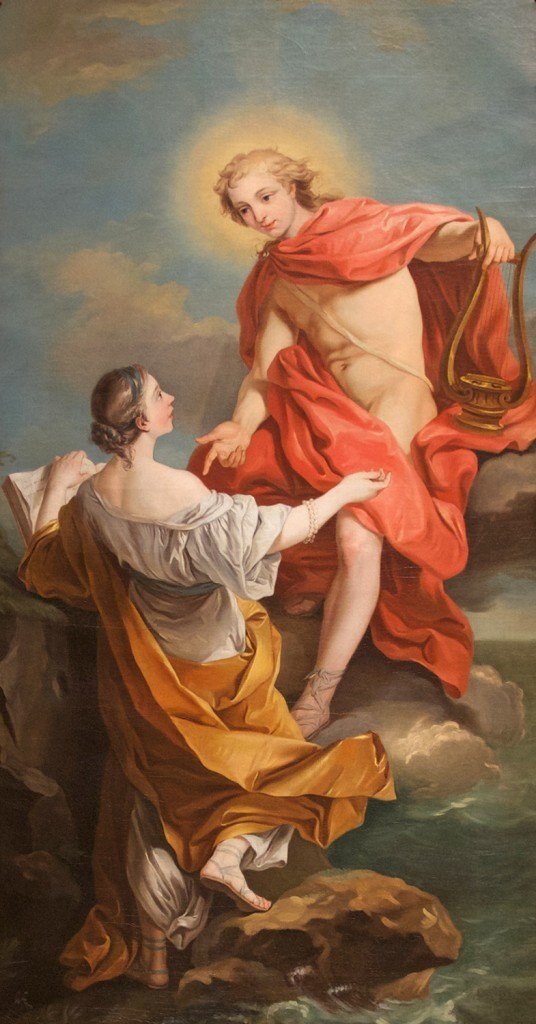 Apollo and the Cumaen Sibyl

Museum purchase with funds donated by the Stuart Society

History, portrait, and genre painter Carle Van Loo was the most distinguished and gifted member of a dynasty of French artists founded by his Dutch grandfather, Jacob Van Loo (c. 1614–1670). His father, the portraitist Abraham Louis Van Loo (c. 1641–1712), settled in southern France where Carle and his elder brother Jean-Baptiste were born. Van Loo was awarded a considerable number of state commissions, among them decorations for Louis XV’s private apartments at Versailles and Fontainebleau and official royal portraits. This composition depicts a Sibyl consulting Apollo, the god of divination. Her hand rests on one of the so-called Sibylline Books that contained her oracular pronouncements regarding the destinies of the Roman state. The rocky setting is a reference to the Sibyl’s grotto at Cumae, near Naples.