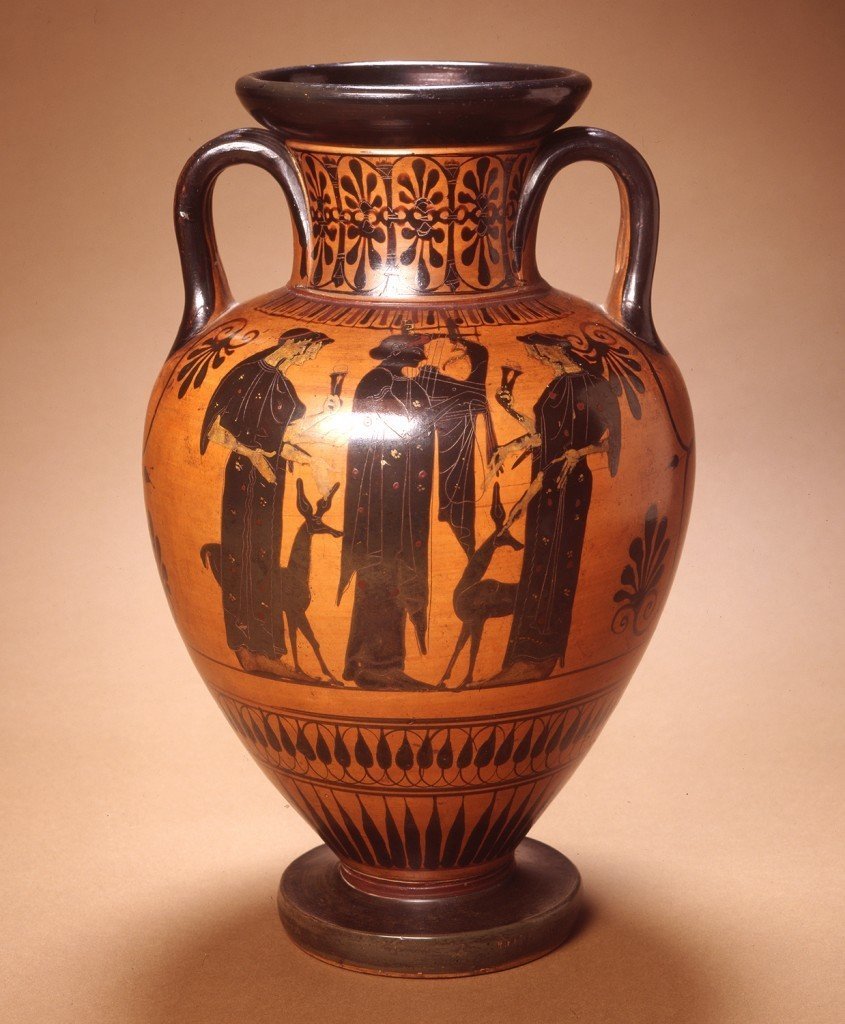 Attributed to the Leagros Group

An amphora is a Greek jar with two handles, used for wine, oil, or other liquids. Plain pottery had a utilitarian purpose, but elaborately decorated ones served a ceremonial function. They were, for example, presented to winners of athletic competitions. This particular vessel is decorated with the black-figure technique: a black glaze was applied to its surface and the details were incised. The main elements are rendered in silhouette against the clay’s natural color, accented with red and white glazes, and then fired. The style was prevalent from the 7th to early 5th centuries B.C. Depicted here are themes of music and war. The side front probably depicts the god Apollo playing the kithara (a large, elaborate lyre), flanked by four female figures. The reverse depicts a Scythian archer and two warriors on horseback.