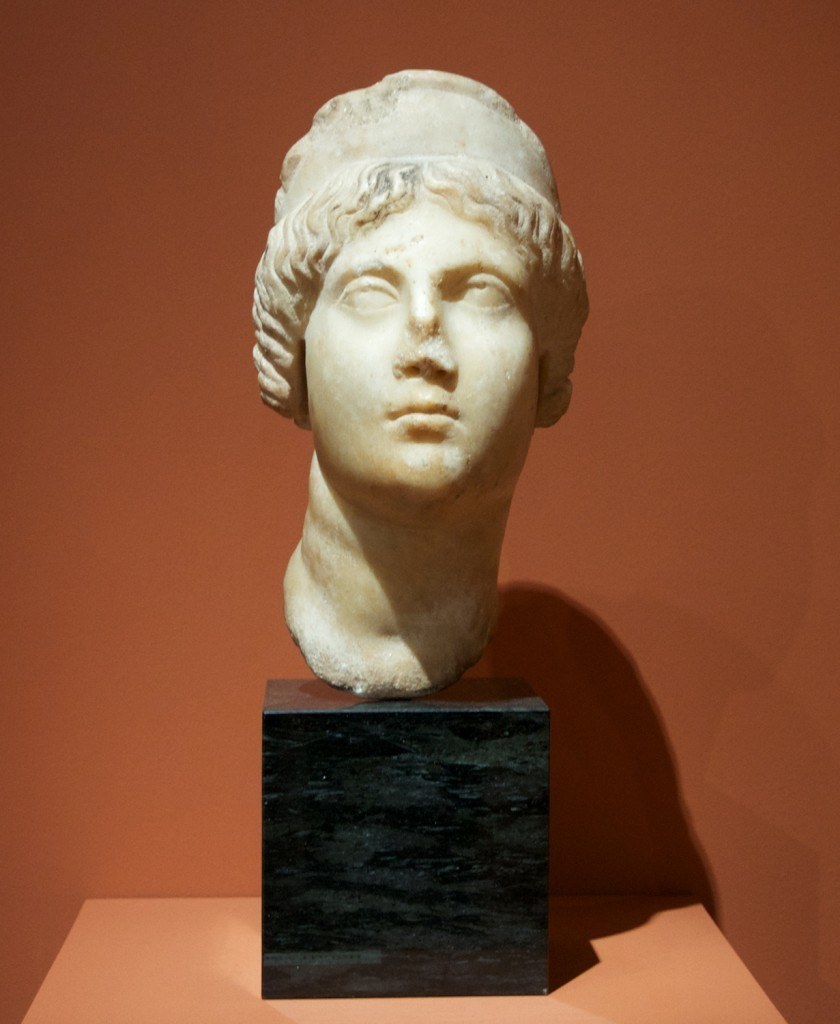 Image of the Goddess Isis

Originally associated with ancient Egyptian funerary cults, the Goddess Isis was progressively embraced by the Greeks and later the Romans: her cult centers could be found throughout the length and breadth of the Roman Empire. She was known as the goddess of one thousand names and was believed to have the power to reverse one’s fate. She is sculpted with a fleshy throat, and her hair is arranged in a variation of the melon-coiffure with its signature cork-screw locks falling in front of each ear (see the similarities to the Mummy Mask at right). Her tiara was originally painted and may have depicted one of her insignia.