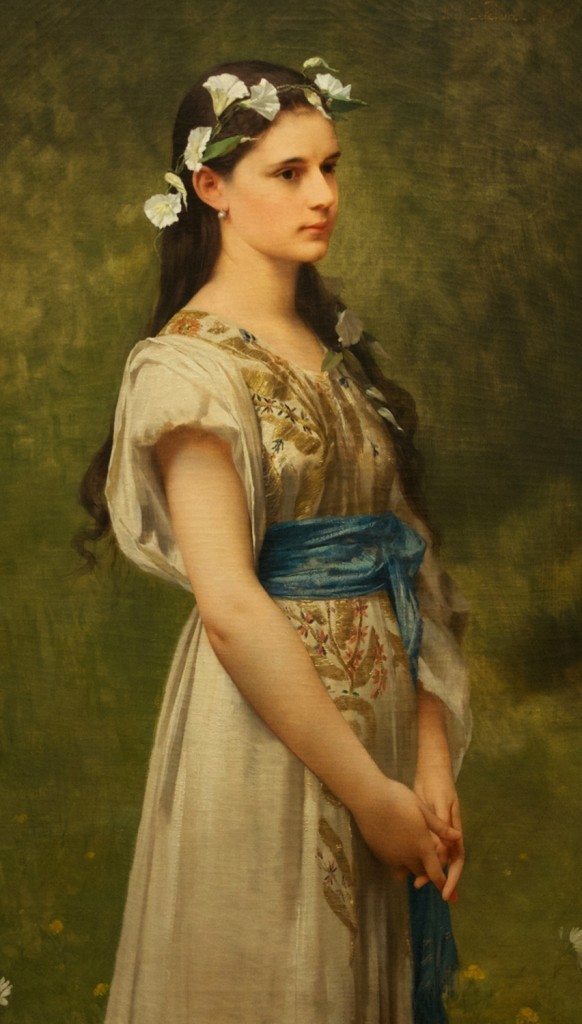 Lefebvre is noted for his historical and allegorical paintings. However, he considered portraits as important as history paintings. Between 1855 and 1898, Lefebvre exhibited 72 portraits, including this one, at the Paris Salon.

Born in 1857, Julia Ward was the daughter of Mr. and Mrs. John Seeley Ward. She is shown in three-quarter profile in richly embroidered classically-inspired garb: note the skillfully-rendered golden threads at her shoulders. This is likely a posthumous portrait commissioned by her parents after her death in 1878. The crown of morning glories may reference the brevity of her life: the flowers bloom and die within a single day.