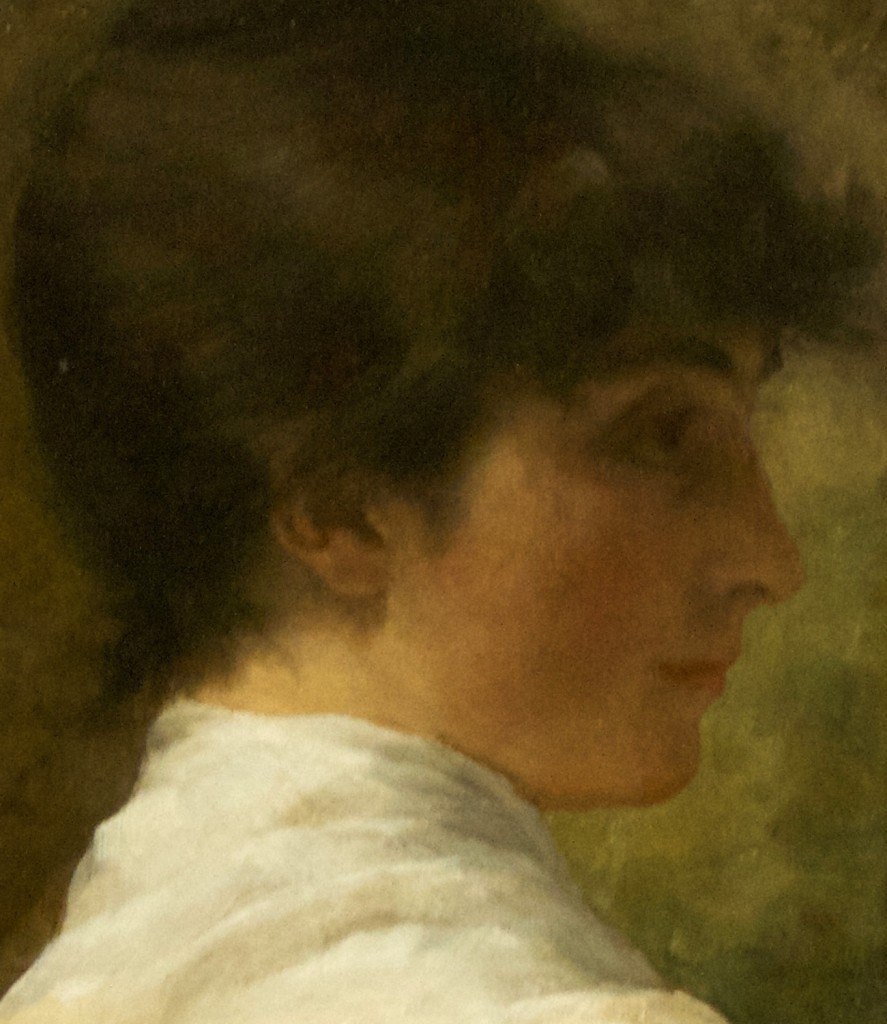 Portrait of a Lady

At seventeen Helleu enrolled at the Ecole des Beaux-Arts, studying with the academic painter Jean-Léon Gérôme. By contrast, Helleu favored depictions of contemporary society women who epitomized elegance and fashion. He became popular in France and Britain and developed friendships with major artists, writers, and philosophers. Comte Robert de Montesquiou was a patron and also his biographer. His wife Alice Guérin is depicted in many of his works. Here, the subject is yet unknown but has been sensitively painted to suggest a thoughtful persona and someone close to the artist.