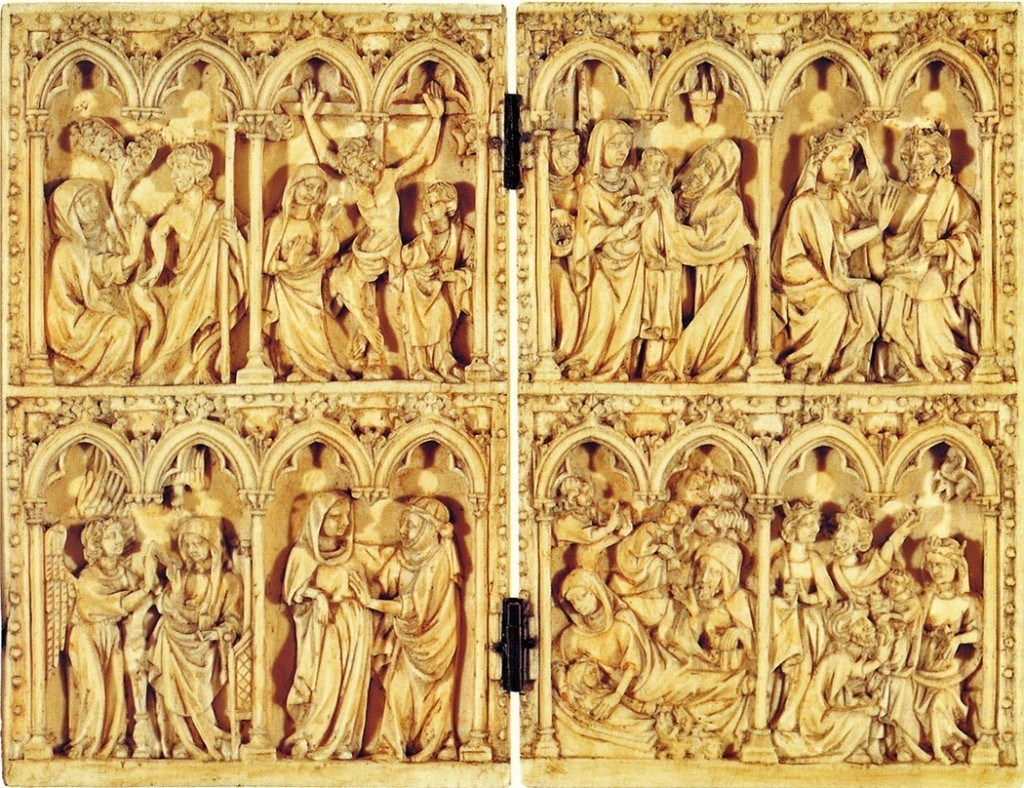 The Joys and Sorrows of Mary (Life of Christ)

The diptych was a popular form among Christian devotional objects. Some were portable altarpieces, but this example was likely a private piece for personal devotion. Depicted here are events from the Life of Christ, and the Life of Mary. The four lower scenes represent the Annunciation, the Visitation, the Nativity, and the Adoration of the Magi. The upper scenes represent Noli me tangere (“touch me not”), the Crucifixion, the Presentation in the Temple, and the Coronation of the Virgin.

Late Gothic ivories are noted for their attention to detail and movement toward naturalism. Notice the sweetness in the facial expressions, as well as the subtle interplay of body language, including Mary’s stance in the Annunciation. Her weight is shifted, a pose called the “Gothic S-curve,” which was an important stylistic element to suggest fluid movement.