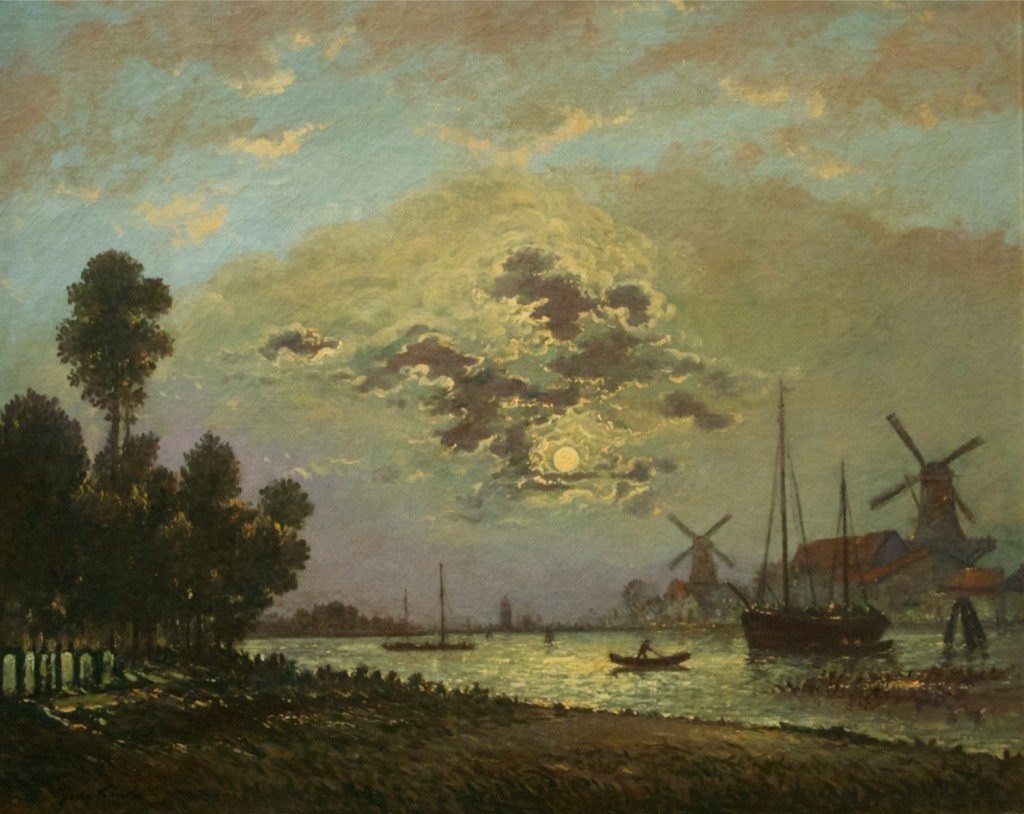 The Schie Near Rotterdam

Museum purchase in memory of Richard and Loveda Keating

Jongkind was acknowledged by Manet, Monet, Pissarro, and Boudin as the precursor to the Impressionist painters and is celebrated for his contributions to French landscape painting. He was equally well received by the official Salon and The Salon des Refusées of 1863. Jongkind believed that the art of the future would stem from nature itself, not the way his predecessors had imagined it. Though instrumental in the development of the plein-air technique employed by the Impressionists, he produced his finished works in the studio, only completing sketches in watercolor and pencil out-of-doors. This canvas was inspired by a visit to his birthplace in Holland. Painterly brushwork akin to an oil sketch, captures the transitory qualities of light and atmosphere, evocative of the Impressionist art it inspired. Monet was indebted to Jongkind and called him “my real teacher” to whom “I owe the crucial training of my eye.”