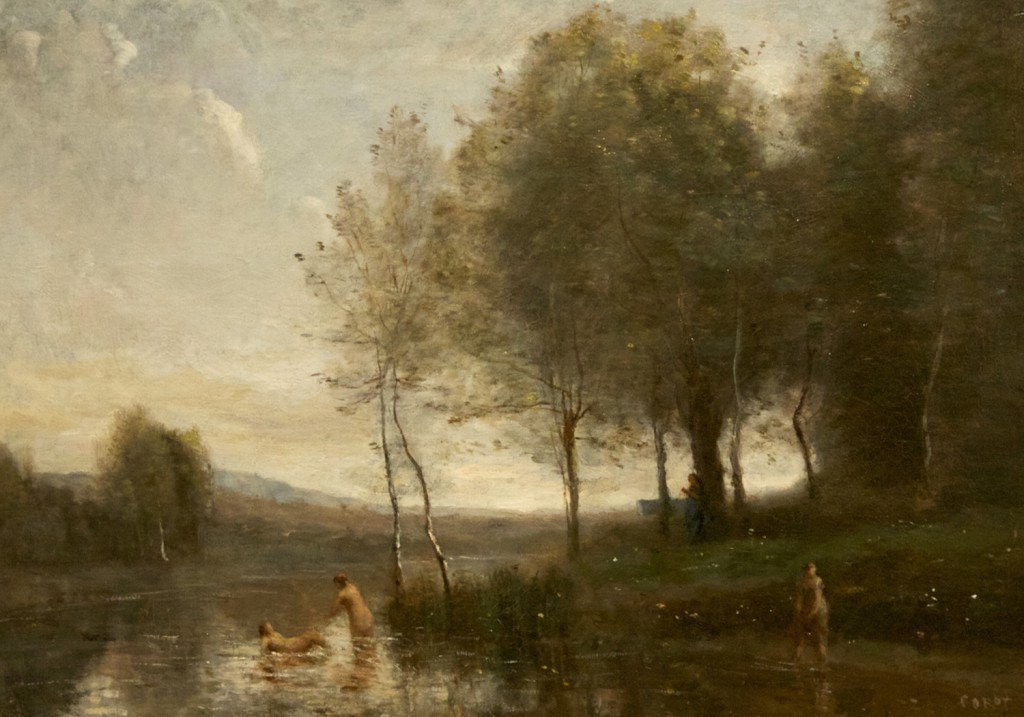 Three Bathers Near a Wooded Point

Corot is one of the supreme landscape painters of the 19th century. His artistic approach influenced generations of artists from the Barbizon School to the Impressionists and post-Impressionists. Corot transformed his training in the neo-classical tradition by merging scenes derived directly from nature with his imagination. This marks him, along with Jongkind, as one of the pioneers of plein-air painting. He championed form and harmony of tones at the expense of detail, often sketching his subject from far away, filtering the scene through his mind and the soft light of dawn or dusk to achieve softness. Though working from nature, he painted dreamy landscapes. His figures might be allegorical or mythological, which separated him from the Barbizon School. Corot was highly successful at the Paris Salon exhibitions and later served as a juror.